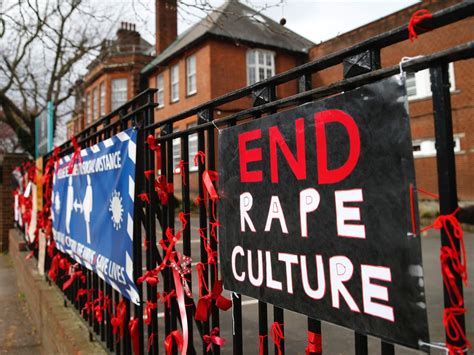 A recent update of the schools list on the website Everyone’s Invited has seen over 300 Irish Schools named. This will no doubt come as a huge shock for many, including Irish parents whose children currently attend the schools identified. A full list of the schools is available here.

Over the last several years Ireland has witnessed a dramatic increase in sexual related offences in Ireland. According to figures released from the Central Statistics Office for 2021, one-fifth of all detected cases of sexual violence involve children, as both victims and offenders. Four out of every five victims are female.

The number of children and young women becoming victims of non-consensual image abuse, online sexual abuse and exploitation, are also at levels never even imagined possible.

What is Everyone’s Invited

Soma Sara, shared her experience on Instagram of what she called a “rape culture” in an Instagram post in June 2020. In a week she received and shared more than 300 anonymous responses from people with stories of “misogyny, harassment, abuse and assault” and went on to set up the Everyone’s Invited website. Here people could she their traumatic experiences anonymously.

The Everyone’s Invited website now features thousands of victims’ testimonies, which often took place in schools and universities. These horrific experiences range from being drugged and raped at parties, to the excessive and often threatening demand for and non-consensual sharing of explicit images. In the following weeks after a website was set up for victims to anonymously post their experiences, the site gained more than 11,000 posts, some from children as young as nine.

In March 2021, UK government officials, child and sexual prevention advocacy groups were quick to establish a review into the schools and colleges identified by the site. UK parents were also encouraged to write to the schools their children attended which featured on the list.

Speaking in March 2021, Sir Peter Wanless, the Chief Executive of the NSPCC in the UK stated, “The testimonies being shared through Everyone’s Invited are extremely upsetting and underline the urgent need to tackle violence against girls.” His commentary captured precisely how seriously we need to address what is happening here in Ireland right now.

In many of the testimonies posted, one aspect which appeared to feature prominently in victims accounts, was that schools had played down the seriousness of what had occurred. Many schools appear to have support the abuser over the victim according to their testimonies. Victims also appear to have been shamed, blamed, belittled or ignored after coming forward. It is abhorrent to think that this might still happen to a victim.

To date the Irish Department for Education Minister Norma Foley has not commented on the scale of abuse which now appears to have taken place in schools and colleges right across the entire country. In fact, the Irish government up to now, may have been completely oblivious of the true scale of abuse allegedly taking place in Irish schools up and down the country. Certainly, after reading the extensive list of Irish schools featured on the Everyone’s Invited website, one can’t help but arrive at the conclusion, that we have an exceptionally serious issue here in Ireland which needs to be tackled immediately.

We would call on the Irish government to directly follow in the UK’s footsteps, set up a helpline for Irish victims. An immediate review should also be carried out of safeguarding policies in Irish state and private schools, to determine whether existing guidance for schools around sexual harassment, abuse and exploitation also needs to be improved. If we fail to deal with this exceptionally serious matter occurring in Irish schools right now, what message are we sending to victims and their abusers. The obvious fear here, is that individuals who are not held accountable for their actions may believe that they can move on and continue to abuse others in the future.

Education is key to addressing this problem. Since 2016, our own experience from speaking to students in secondary schools suggests that this issue is becoming far worse. Female students regularly discuss the intense pressure online and among peers to self sexually exploit themselves for the sexual gratification of young males. This has become far harsher over the years, with Covid lockdowns only serving to substantially worsen the situation. We also have no doubt the HSE advice to young people to engage in digital sex during the lockdown period had a contributing role to play in the normalisation of self-sexual exploitation.

While we continue to attempt to help address the harm caused with students in Ireland, more needs to be done. Many parents will be astonished to see the school their children attend feature on the Everyone’s Invited Irish Schools and Colleges list. We would like to encourage each of you to write to your own school to both inform them that they feature on this list, as well as asking them to ensure they have appropriate mechanisms in place to ensure victims are listened to if they come forward.

We would also encourage you to write to the Department of Education as well and the Minister for Justice to demand an immediate response to address the harm that has been identified by the Irish victims who have listed their experiences on the Everyone’s Invited website.

For any school or college who wishes to address the issue of directly with their students, teachers or parents you can contact us. For any victim, please make use of the services listed here which are there to help you.

This site uses Akismet to reduce spam. Learn how your comment data is processed.