Did the Kardashians fake Roblox sex tape scene for publicity? 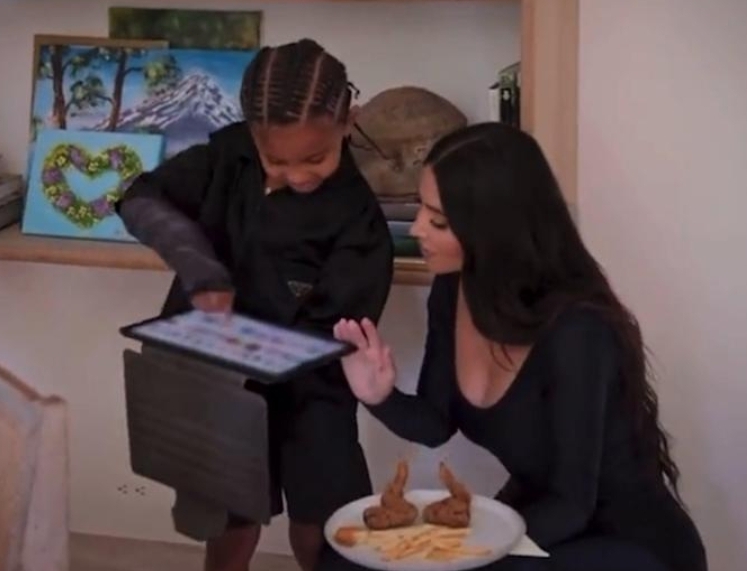 Did the Kardashians fake a Roblox Game sex tape scene for publicity? You certainly have to question the their motives, given the recent response from Roblox about the matter.

The incident occured before the 21st of September 2021, but only came to light recently in the media. One would have imagined the incident would have made headlines then, yet it was only made public as part of the promotion for the latest media outing.

In a scene from the new Kardashian series, Kim’s son Saint West who is only six years old, shows his mother the “Kim Kardashian experience” Roblox room he alegedly acidently stumbled across while playing the game.

Roblox which has a 7 year old parental guidance rating, have since reported they have removed the room and also banned its creator. However, Roblox have also stated that no sex tape was ever available on the platform.

Roblox further stated only “a few dozen players” could have found the game in the very short time it was live.
Some news outlets such as the BBC, have suggested the chances of Saint West being one of those who found the room are very slim.

One well known independent Roblox developer known as Zomebody told BBC News: “The chances of ‘accidentally’ stumbling upon a game like that are astronomically small.

“There are two potential ways for Saint to have found such a game – either he or the family actively searched for (or even created) such a game, or someone else in their group of peers created it and then shared it directly with the boy.”

Neither the Kardashians nor the production company, Fulwell 73, provided an on-the-record comment. However, an undisclosed source close to the family has insisted the scene was not falsified.

The moment Saint West finds the Roblox room is a central driver of the drama in the first episode of the new “The Kardashians” reboot of the long-running “Keeping Up With the Kardashian’s” reality show.

Saint is seen running up to his mother, saying: “Everybody look it, this is on Roblox,” before handing her his tablet computer.

The tablet screen is blurred but Kim Kardashian describes what she seen. “There was a picture of my cry face and I look at it and it said something super-inappropriate like, ‘Kim’s new sex tape’. This is supposed to be unreleased footage from my old sex tape.”

A sex tape of Kim Kardashian was published online in 2007.

Using strong language, Kim threatens to sue Roblox telling her lawyer she has “all the time, all the money and all the resources to burn them to the… ground”.

The show aired on Hulu in the US and Disney+ elsewhere, last week. To date there is no public record of a lawsuit filed against the company.

Roblox, which is valued at about $24bn (£18bn), said it took action against the content as soon as its moderators were alerted in September 2021.

A Roblox spokesman said: “The text reference to the tape that got around our filters was quickly taken down and fortunately visible only to a few dozen people on the platform. We also swiftly took down the associated experience and banned the community developer involved with the incident.”

Roblox would not say who had created the room, exactly how many players had entered it before it had been removed, or how the company had been notified about it.

Fifty million players worldwide log in to Roblox every day to explore, play mini-games and create their own experiences.

There are millions of player-generated experiences and mini games, with new features added daily.

The most popular experiences are showcased to Roblox players through a curated home screen but others can be found using the search function.

The vast majority of these zones are not advertised to players and do not receive many visitors.

The likelihood or odds of stumbling accross the content highlighted are phenomenally low. So one has to question if the incident occured more through design, than accident. Especially, when the incident becomes the focus of an entire episode.

The Kardashian family are not best known for promoting online safety. Given the topic, one would imagine the family might have used the opportunity to highlight ways to prevent children from accessing adult content through the use of parental controls. Rather than making it all about themselves through self serving publicity once again.