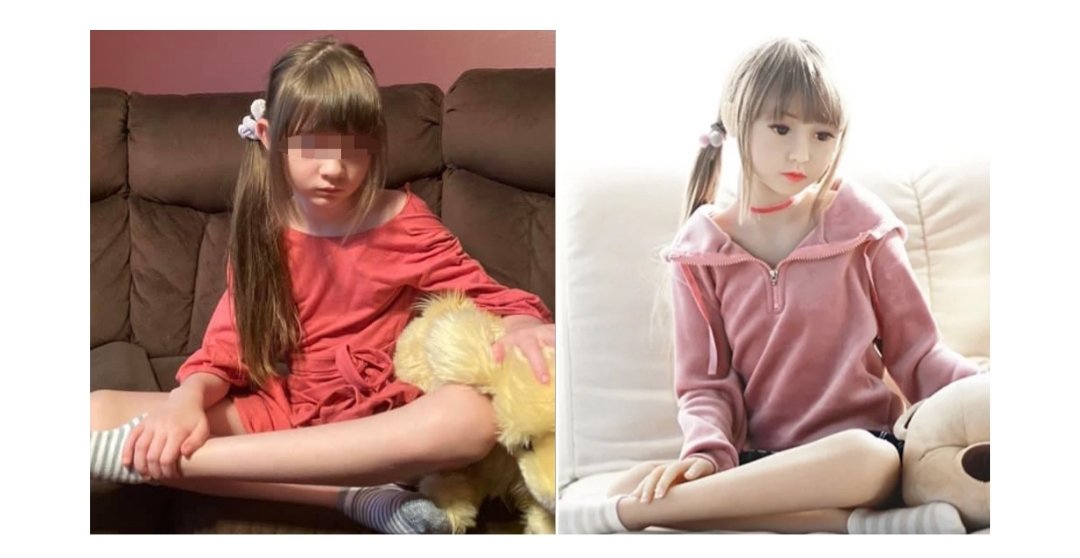 Many parents frequently share images of their children online. Most do so without ever thinking there might be unforseen consequences for both parent and child.

On the 12th of August 2020, one mom received a Facebook message from a friend that brought her world to a standstill. The message contained images of a child sex doll being sold on Amazon. The child sex doll featured in the images resembled her 8-year-old daughter.

One of the images in particular looked as if it had been created from a picture of her daughter. An image Terri had shared herself on a Facebook Group. This particular Facebook Group was somewhere Terri could share her daughter Kat’s illness, CVID, Common Variable Immune Deficiency. Terri would also share content relating to her daughter’s modeling and pageants.

“I read the message from my friend and saw the image, and I instantly started to cry uncontrollably. I was completely overwhelmed with a mix of emotions that I’ve never felt before.

The image of the doll looked very similar to a photo I’ve taken of my daughter. This image had the same socks as my daughter and the same pose as my daughter on our sofa at home. She had that same sweatshirt and facial features as that image, even the same stuffed animal!

I couldn’t image that some sicko would use my daughter’s photo to create something so ugly and evil to be used for abuse by pedophiles.

And I was in shock that Amazon would sell an inappropriate child sex doll on their website, I mean, we use this website to help with Kat’s community service projects. I asked myself how can this be legal in the United States?”

Incredibly when Terri tried to make contact with Amazon.com, it took over four days to have the item taken down. Every parent can immediately identify with the sheer terror, disgust and trauma this would cause. To think that an individual would harvest images of children from parent’s Social Media accounts is almost to upsetting to believe. Yet it does happen.

Child Sex Dolls can be ordered from certain sites and created to mimic or replicate any child. All that is required is only a handful of images of the child. It might bother most parents to discover that in vast regions of the US, child Sex Dolls are not illegal. Thankfully, in Ireland they are.

However, this is little comfort to parents here in Ireland, as children’s images may, or possibly even have been used to by a sexual predator to replicate a child in the form of a Child Sex Doll.

There are three main issues of concern to us here. The legality of being able to create, purchase, distribute and possess a Child Sex Doll, in a first word country. Secondly, a sexual predator being able to access images of children without a parent’s knowledge and consent. Finally, parents affording opportunity to sexual deviants by over exposing their children online.

The path of least resistance to the most immediate way to protect the actual child from risk, is to ask parents not to share their children’s image on social media. Even just from a privacy perspective, this makes sense. There will always be online sexual predators, reducing their access to children has to be the priority for now.

Following her experience, Terri has teamed up with the Child Rescue Coalition to set up a petition calling for legislation to criminalize the purchase of Child Sex Dolls in the US.

“I have contacted my state representative, my governor, anyone that would help me make a new federal law to protect all children in the United States from these pedophiles. I know in my heart that I need to get the Creeper Act passed so this nightmare will never happen to another family or a child. I want a new federal law to charge these buyers as sex offenders. I want the people that create these dolls banned from selling them in the United States, and charged and fined.”

If you would like to help there is a link to the Change.org petition here.

We would like to ask all parents to review their Social Media settings as well as Friends and Followers lists. Ensure you know exactly who has access to any and every image of your child.