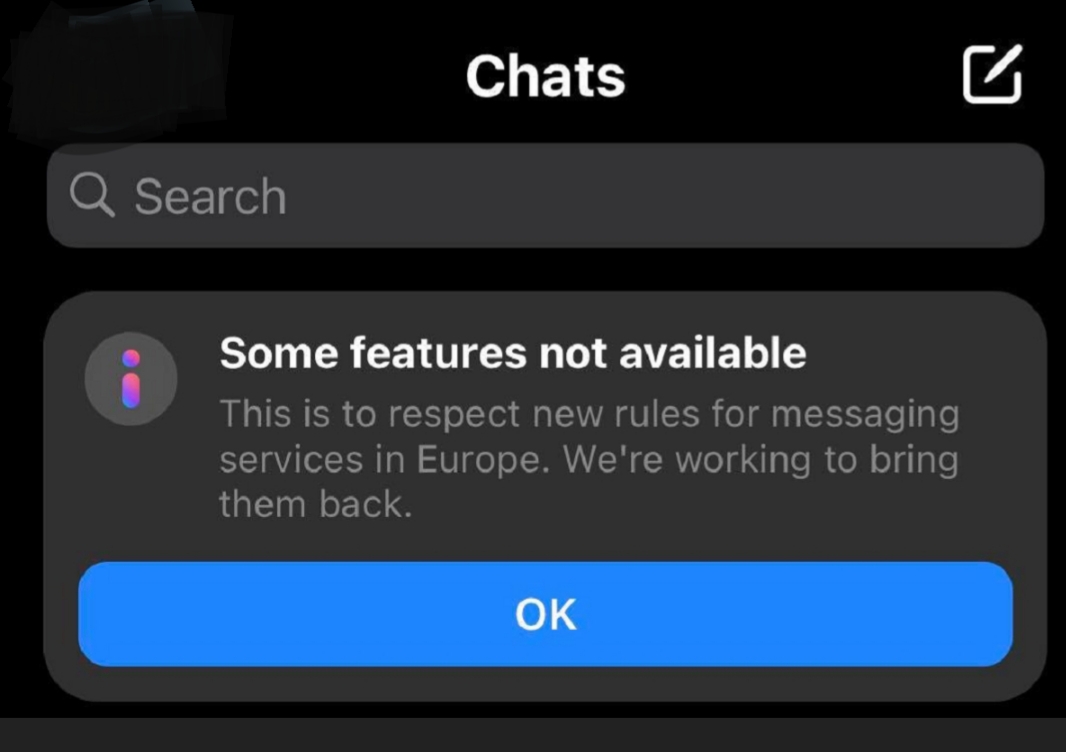 “Some features are not available. This is to respect new rules for messaging services in Europe. We’re working to bring them back.”

This refers to an issue we highlighted a few weeks back, regarding the introduction of the provisions of the European Electronic Communications Code (EECC) which is now in effect throughout Europe.

Incredibly Facebook have turned off their proactive child protection tools in every EU Member State.

Microsoft, Google, Linkedin, Roblox and Yubo however have continued to carry on with the tools to address Child Sexual Abuse and exploitation material.

Facebook are now one of the world’s largest platforms for enabling the exchange and distribution child sexual abuse and exploitation content, according to the NCMEC. Multiple law enforcement sources have also raised similar concerns.

This action by the platform, comes as a huge source of concern and disappointment, given the magnitude of the move by Facebook.

The social media company has also said, it has stopped using all automated technology to scan for any child abuse content, being shared by users.

The company says it is no longer checking whether still and video media shared over those apps contains child abuse content – although other major technology companies are continuing to do so.
This is an issue that needs immediate attention.

Facebook’s ability to automatically monitor for this content has been the subject of an aggressive debate between the company and governments around the world due to the firm’s plans to encrypt its services in a way that would prohibit it from scanning users’ messages.

This is an issue that deserves the immediate attention of European Governments.