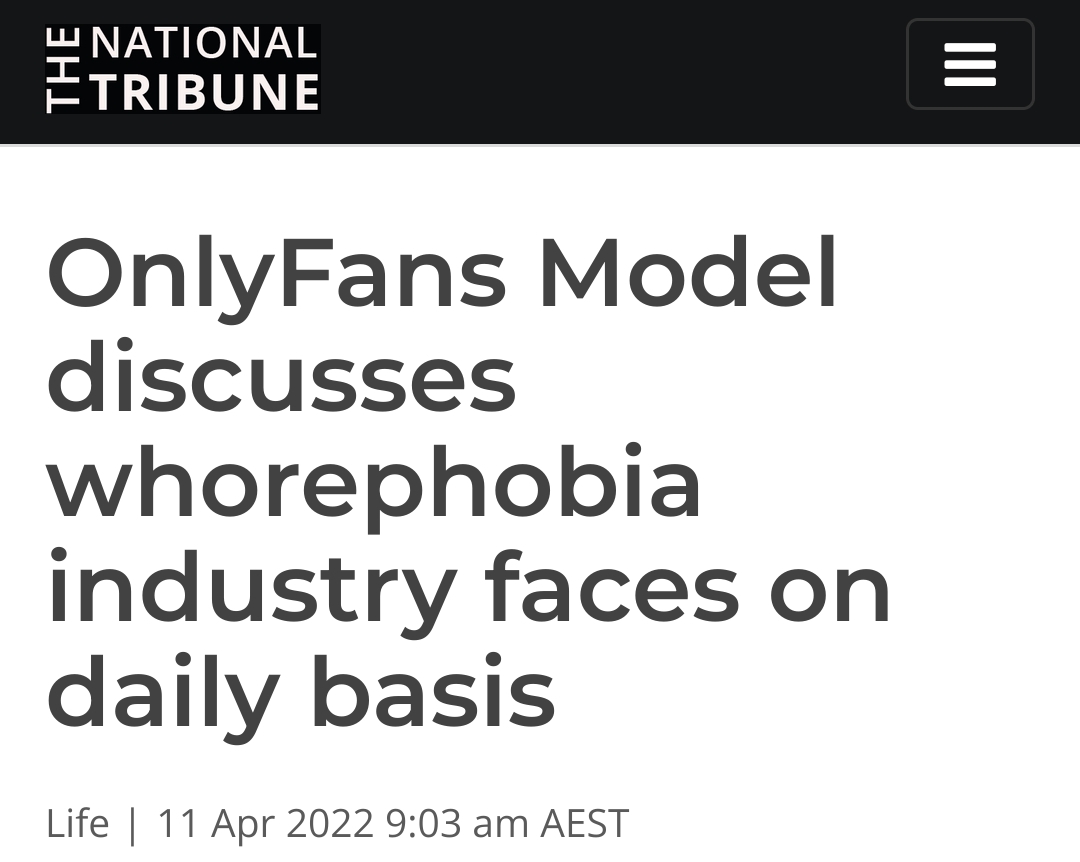 Audrey aims to help destigmatise the #sexworker industry, by spreading awareness and hopes that providing a constant conversation on the topic, will normalise it.

Essentially Audrey seeks to become a Virtual Online Madam, by educating vulnerable young girls and women how to turn a trick online.

The personal motivation here being financial reward through a direct fee. Then possibly create an #Onlyfans account under her own, which would ensure her a constant revenue stream from the future earnings of students.

This is part of the @OnlyFans multilevel marketing Ponzi scheme which encouragels platform users to recruit new users.

The emotional, psychological and physical devestation suffered by #sexworkers, both in a real and virtual setting has been well documented.

So be mindful that the vast majority of OnlyFans users make a pittance for self sexually exploiting themselves.

OnlyFans users pride themselves in the support and encouragement they provide to new users. However, when things go horribly wrong for a new user as they eventually do, it is they alone who are left with a the fallout.

They also live with the harsh reality their self generated sexualized content will forever exist in some part of the online world, there for everyone including their children, family and friends to see.

Wrong Is wrong, even if everyone is doing it. What both Audrey and #Onlyfans are attempting to normalize, is not a sociatal normal. It’s a blatant attempt to rape human morality in favour of personal financial gain.

Worse still, is the drive to recruit and ruin lives with little thought for the personal consequences of those tempted to a flame like moths.

Then again perhaps in this new #woke society we live in, #whorephobia is the latest term we must now familiarise ourselves with.

Perhaps school guidance teachers should include #sexwork as a legitimate form of employment for young people to aspire. As things stand young teens are already attempting to become #Onlyflans users by faking their age.

Is this really the future we want for our young people?

Or is it simply exploitation by an other?