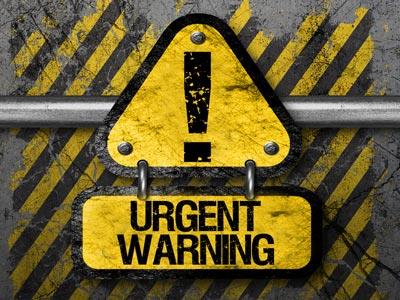 An urgent warning is being issued to parents of all children using Social Media platforms, especially TikTok. Delete your children’s TikTok account now. Parents have described their children as, “being left traumatised and exceptionally distressed”, after being exposed to violently graphic content. A huge of number of children, have been exposed while unwittingly flicking through the “For You” feature on the platform. The footage is that of man committing suicide, with a shotgun placed to his head. Even adult viewers have described themselves as being left “shaken” having watching the clip.

The content was live streamed on Facebook by Ronnie McNutt, an Iraq War veteran, when he publicly took his own life on the 31st August last. Mr McNutt, a 33-year-old from Mississippi, was livestreaming on Facebook when he shot himself. Video of the Army veteran’s suicide has been circulating on the on all social media platforms. Once again it raises the question about the need to prevent content like this being live streamed.

We have a particular concern regarding video-sharing app TikTok. This stems from the estimated 18 million daily users, who are 14 years old or younger.  TikTok have been quick to advice parents to remove their children off the platform. Incredibly more content has been edited and shared, of what appears to be kittens and other innocent looking images, which then switches without warning to the harmful content. This has led to enormous distress to countless children, teens and adults who were exposed without warning.

This is not the first time that we, or other children’s advocates have called on parents to remove their children from the platform. In recent days authorities in the United States issued a warning to parents regarding the Benadryl Challenge gaining huge popularity on TikTok with teens. A 15-year-old girl from Oklahoma is reported to have died last week after overdosing on the antihistamine after taking the “Benadryl Challenge”,.

Can Result in Death

This particular online TikTok dare, or challenge encourages others to take a dangerously high dose of the medicine designed to prevent allergies. The concept behind it is for teens to end up hallucinating. However, the doses encouraged in these challenges carry exceptional risk to life. This is due to the amount of the medicine required to hallucinate approaches a toxic and potentially fatal overdose. Such an amount can cause serious harm to the liver and provoke heart rhythm abnormalities, unconsciousness, and sometimes death.

Our advice as ever remains the same to parents. This is not a suitable app for children. Even with all of the safety features available on the platform set up, children are still exposed to horrific and harmful content. This latest incident highlights the need for moderation to ensure horrific like content like this can’t be shared online.

Josh Steen, a close friend of Rodney McNutt is quoted as saying, “Facebook could’ve stopped this and didn’t”, claiming that the social media giant is “directly responsible” for the video being shared. “Facebook, Twitter, Instagram, and other social platforms could ban accounts, IPs, and stop the spread of this video. YouTube can flag you for using two seconds of a copyrighted song, but can’t seem to filter out my friend ending his life. It does not make sense,”.

This is incredibly difficult for anyone related, or connected to a person who takes their own life. History has shown us that in the wake of such tragedies, others can be influenced by the exposure to copy the act themselves.

If you have been impacted by this blog and are having any suicidal thoughts or feelings you can find help here.

For children of the digital age, the protection of children both online and off is a priority. We have created an Online Safety and Parental Control Guide, to help parents protect the children from online harm. This 230 page E-Book costs little more than a cup of coffee at just 4.99.