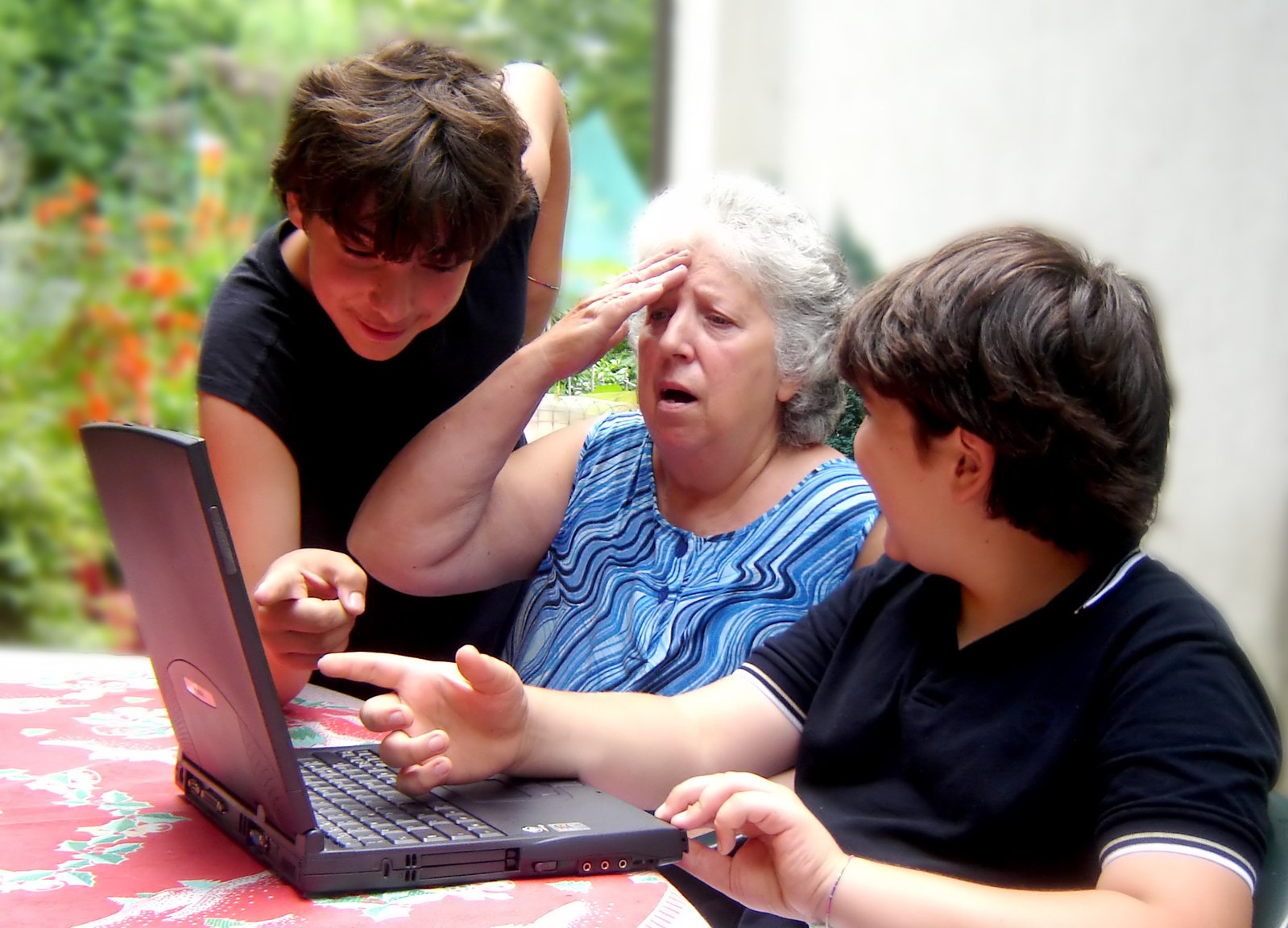 It’s time we all started to listen to young people who want to tell us what life for teens online is like. Since the beginning of the Covid-19 lockdown in Ireland, many children and teens have been spending much more time online. One survey has found that up to 25% have reported that they have been subjected to sexual abuse or harassment online. It’s really important for parents to realise that this is happening. Often many teens are too embarrassed, ashamed, or upset to let anyone know that they are a victim of online harm.

Adults really need to understand the environment, vulnerable children and teens exist in right now. Having a better picture of what it is like, empowers parents to approach this issue with their children. It will be an uncomfortable topic for parents no doubt. However, parents are the last line of defence to protect their children, when it comes to being sexually harassed, abused, exploited or trafficked online.

Look at the experience of André Serra, who was just 16 years old, when he opened his Snapchat account. Outside of the typical posts you would expect to find, he discovered something extremely distressing. One of the young girls that was an acquaintance he only knew through a friend of a friend had shared a series of naked images of herself online. “They were very sexual pictures of her. I wondered whether to tell her, like let her know that she shouldn’t be doing this, people can see.”

This used to happen alot

Andre says that “This used to happen a lot”. He says that it was common for classmates to use the sexual content created by others, against them. This generation of children and teens face difficulties that many adults struggle to comprehend. Their experience of growing up in a digital world differs completely to that of their older peers and parents. On a daily basis, there is a barrage of potential for digital harm coming at them from every direction. Unfortunately many have been left to navigate this digital world alone and without parental support or guidance.

Young people exist in on online virtual world where the boundaries of friendship, relationships, and sex blur and merge. They have grown up in an age of instant gratification, craving attention and validation from others through digital devices. Many don’t even realise that the contacts they are connecting with are bots, specifically designed to sexually exploit them.

More and more teens are beginning to share naked pictures. This is not something new. However the number of those who generate and share sexual content, is escalating at a rate that actually defies belief. Adults fail to grasp why young people would compromise themselves in this way. But young people don’t have the advantage of life before the online world. Nor do they have the benefit of a fully functional critical thinking mind. This is something they will have to wait for until they hit their mid-twenties.

Professors Jessica Ringrose and Kaitlyn Regehr, from UCL and the University of Kent, have carried out research in this area. They interviewed over 150 young people, aged 12-18 for their study. 76 per cent of girls under 18 have been sent unsolicited sexual images on social media. Children as young as 12 reported being asked for pictures by adult men on Snapchat. It was worrying to see that a majority of girls, felt they could not report their male classmates to teachers, or parents when they requested sexual images from them on social media.

“There’s this online culture surrounding Snapchat that I guess means it’s now acceptable to just be sent whatever, whenever, and no one is going to report you,” says André. “People won’t report you because there doesn’t seem any point.”

Another teen Bijou, who is now 18 described what it was like starting secondary school. An essential part of the social hierarchy among teens, are Snapchat Streaks. “How many Snapchat streaks you have is part of how popular you are. If you are having a conversation with someone and they continuously reply to you that makes a streak. You could say to your friends, oh I have a streak with them”. As she got older, the streaks started to evolve. “When we were about 15, it changed quite a lot. Boys would return messages with a picture of their abs and say ‘streak?’ They would want you to send a naked picture back. If you talk to most girls my age, they probably would have been sent a dick pic without asking.”

Lockdown has made things worse

The 2019 – 2020 school year was abruptly cut short in March of this year. When that happened, all planned online sexual exploitation education for students was cancelled. This left thousands of students vulnerable. Here in Ireland, student sexual health courses are in serious need of updating to account for the harm caused by pornography access. The indefinite gap in services and educational courses will ultimately put countless children, teen and young people at risk. While it is possible to move this information online, face to face education would benefit young people far more than online. Professor Kaitlyn Regehr advises “Now is not really the time to cut back on this education because now more than ever, teenagers need this.”

Bijou now 18 years old describes being harassed by social media bots. This was just part and parcel of her school years. An Internet bot, web robot, robot or simply bot, is a software application that runs automated tasks over the Internet. Typically, bots perform tasks that are simple and repetitive, much faster than a person could. Frequently they are used on social media to create fake accounts in an effort to socially engineer trust and contact with unsuspecting people.

“The bots would add us on Instagram when we were younger, like around 14.” Some days, Bijou would find herself added into a group chat with around 20 other users of a similar age. “It would be like, a user called ‘Free Girl Pictures’ sends you a direct message being like, ‘do you want to make money off your body’ or something like that.”

Who is human, who is a bot?

“What used to be really confusing was I would never know that the bots on Snapchat weren’t a real person. I would come into school and my friends would be like, ‘oh because the username is just a load of random symbols that means that isn’t a real person.’ We were never taught that at school, we had to pick that up for ourselves.”

André described the difficulties encountered by homosexual young people during their early teenage years  “This is going to sound really bad but as a gay person the only thing I’ve ever learned about homosexual sex is through the internet and talking with people that were three times my age on Kik and Snapchat,”. Many teens use Social Media platforms to connect with others. André chose to use the instant messaging app Kik to meet people.

“Snapchat is like an updated version of Kik,” he says. “Kik was practically a dating site, but it wasn’t. It was almost like an anonymous messaging service. Instead of giving people your phone number you would give people your Kik pin. A lot of us were very young, talking to people who are very old who were basically exploiting us.”

“I think if we had just been told when we were 13 that you didn’t have to respond to these people or if we had been taught the very basics of what happens between two consenting adults of the same sex, gay teens wouldn’t have had to rely on social media or talking to these weirdos.”

It’s about being taken advantage of

“Our ongoing research shows that schools are ill-equipped to deal with these issues and that the lockdown has amplified the need for resources to tackle them,” says Regehr.  “I think we need to teach children that internet grooming doesn’t always mean meeting up with someone, and doesn’t have to involve sending pictures,” says Andre. “It’s about being taken advantage of, that’s the point.”

Schools and colleges are due to return in September 2020. Until then, there is no way to know what level of harm young people are being subjected to online. We do know however that most schools are not equipped to deal with the fallout of online sexual abuse or exploitation in huge numbers. The return to school may be the first opportunity many students will have to discuss this with a trusted adult. Many may not even be aware they are a victim of sexual abuse or exploitation. The potential for some children, or teens to become sex slaves who can trafficked online is very concerning.

We need to do more now

We need to take a huge leap forward, in how we educate parents and children in relation to online sexual abuse exploitation and human trafficking.  It is something that every parent should regularly discuss with their child. Often children don’t have the vocabulary to discuss their experiences. We need to give children and teens sufficient educational resources order to protect them online. Teens are asking for this education themselves. We need to make sure the information they receive is the correct version not the most popular one, such as encouraging “phone sex”.

Professors Jessica Ringrose and Kaitlyn Regehr are running an online survey for teenagers, to try and understand the ways social media platforms are used by teens. The survey closes 31 August 2020.

For children of the digital age, the protection of children both online and off is a priority. We have created an Online Safety and Parental Control Guide, to help parents protect the children from online harm. This 230 page E-Book costs little more than a cup of coffee. All funding raised from the sale of this digital publication, will go directly to the development of our online safety programs for children, teens and parents.